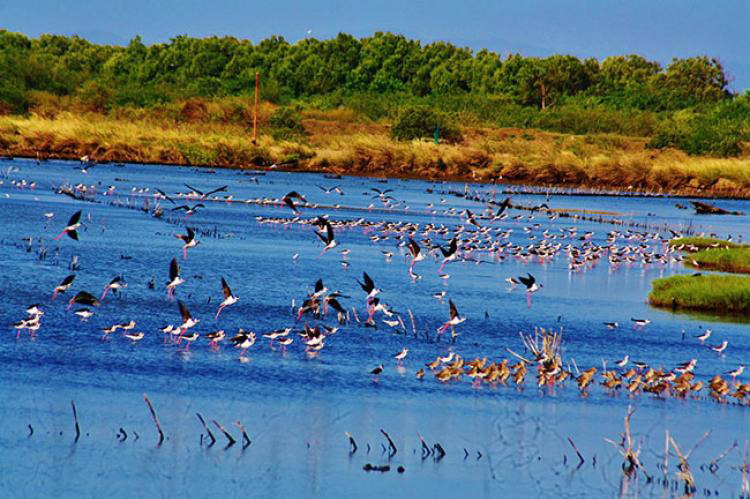 The Negros Occidental Coastal Wetlands Conservation Area (NOCWCA), the 7thRamsar Site in the Philippines, was the venue of the World Wetlands Day celebration on January 30 with the theme “Wetlands and Biodiversity.”

NOCWCA covers the municipalities of Pulupandan, Valladolid, San Enrique, Pontevedra, Hinigaran, Binalbagan, Ilog and the cities of Bago, Kabankalan and Himamaylan. It has one of the richest and most diverse coastal resources, particularly mangroves and is the habitat of economically important species such as oysters, green mussels, nylon shells, angel wings shells, shrimps and crabs.
The NOCWA is also an abode to three species of globally threatened marine turtles such as Hawksbill sea turtle (Eretmochelys imbricate)considered as critically endangered; Green sea turtle (Cheloniamydas)which is endangered; and Olive Ridley turtle (Lepidochelysolivacea)classified as vulnerableby the International Union for Conservation of Nature (IUCN) Red List. The endangered Irrawaddy dolphin(Orcaellabrevirostris), migrates across its coastal areas at a certain period during the year.
The celebration aimed to draw attention in promoting biodiversity conservation and its importance in the ecosystem. Activities for the event includedbird watching during the early hours of the day in the wetlands of San Enrique, lectures and audio visual presentations on the importance of wetlands and on sustaining the use of natural resources. Another bird watching activity was donebefore dusk.
The participants converged at San Enrique, Negros Occidental and were accompanied by a bird field guide to spot the different species of waterbirds using a spotting scope and binoculars.

The NOCWCA is also a haven for at least 73 species of waterbirds flocking in its prolific wetlands,including the five globally threatened and two globally near-threatened species. Recently, it has three additional species namely the Eurasian oystercatcher (Haematopusostralegus), Eurasian wigeons(Anaspenelope) and the world’s most critically endangered shorebird species, the Spoon-billed Sandpiper (Callidrispygmea).
Wetlands are areas covered by water. They play a vital role in the regulation of global nitrogen cycle and serve as a carbon sink. They help in mitigating climate change and reduce risks and hazards from tsunamis, storm surges and cyclones.
In addition, they support biological diversity and arerecognized as the most productive habitats on earthbecause of their vegetative surface for aquatic plants that support diverse kinds of life.
Although wetlands are in peril due to human or natural occurrences, there’s a hope to restore and protect those that remain.
“It is important to protect and preserve our wetlands here in Western Visayas, not only because it is home to wide range species of plants and water animals, but to sustain the livelihood of people that live near the wetlands,” said DENR 6 Regional Executive Director Francisco E. Milla, Jr.
He added that wetlands help keep the water quality cleanby filtering chemicals from agricultural runoff before they reach the open water.
Wetlands protection and conservation supports the Philippine Clean Water Act of 2004, and is one of the top ten priority programs of Environment Secretary Roy A. Cimatu.#DENR6