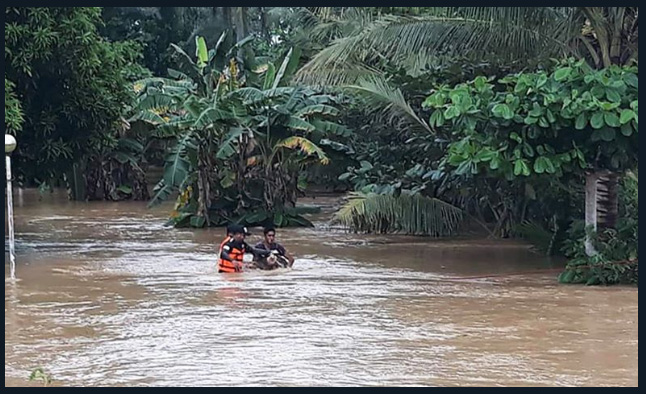 The Department of Environment and Natural Resources (DENR) Region 2 has clarified reports and assured the public that illegal logging did not cause the massive flooding in Cagayan and Isabela provinces on Dec. 5.

The reports came out after piles of driftwood were seen floating along floodwaters in the City of Ilagan in Isabela at the onslaught of the flooding due to continuous heavy rains brought about by the northeast monsoon.

“There is no evidence of freshly cut or illegally cut trees,” Regional Executive Director (RED) Atty. Antonio A. Abawag said in a statement.

Based on the DENR assessment led by Abawag, the driftwood are damaged uprooted shrubs and dead woodwashed down from the mountains and forests by the heavy flooding in the city of Ilagan.

“These are damaged trees probably due to the strong typhoons that previously hit Region 2,” the Abawag added.

The Region 2 chief said the Regional Anti-Illegal Logging Task Force (RAILTF) has been successful in its intensified campaign against forest destruction in the region which is being used as a transshipment point of illegal forest products.

Earlier, the regional environment chief ordered the Provincial and Community Environment and Natural Resources Officers to closely coordinate with the battalion and unit commanders of the Philippine Army and the Philippine National Police in the anti-illegal logging operations.

The DENR is now conducting an inventory of the uprooted and drifted logs and has requested the assistance of local officials in the provinces of Isabela and Cagayan to determine the volume of drifted logs that are stockpiled especially within private lands in Barangays Marana 2nd and Alinguigan 2nd, both in the city of Ilagan.###