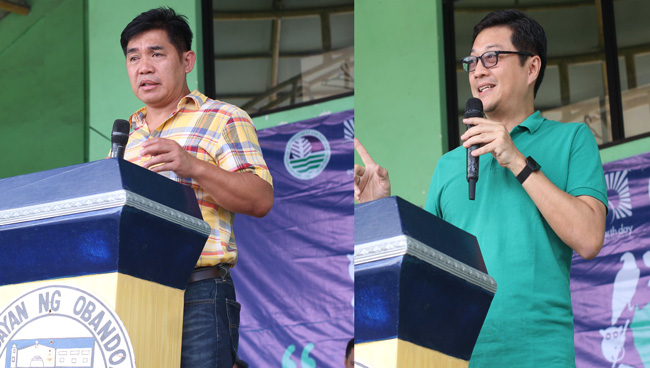 The Department of Environment and Natural Resources (DENR) here and the Earth Day Network Philippines (EDNP) urged the public to save plant and animal species from extinction to maintain a well-balanced and functioning ecosystem.

In a message read by DENR Region 3 Executive Director Paquito Moreno during the culminating activity of Earth Day 2019 on Sunday, in Obando, Bulacan, Environment Secretary Roy A. Cimatu said that the problem of biodiversity loss has gone haywire due to irresponsible people, wildlife poachers and illegal traders in cahoots.

“It is the responsibility of the DENR to protect wildlife, but such effort will be futile without the participation of the people,” Cimatu said, adding that the Earth Day is an opportune time to enhance the environmental consciousness and awareness of the public and tap local communities as partners in championing environment and wildlife protection.

On the other hand, EDNP President WigbertoTañada, Jr. stressed that educating and raising public awareness about the accelerating rate of extinction of wildlife species and the causes and consequences of this phenomenon are significant elements to prevent species loss.

He added that the increased rate of species extinction could be largely attributed to human activities, which have permanently damaged the ecosystem and threatened species.

“Extinction is primarily a result of human activity. Sadly, because of lack of care or even ignorance, human activity has irretrievably upset the balance of nature,” he said.

He urged government leaders to adopt policies that protect broad groups of species as well as individual species and their habitats, and activate a global movement that embraces nature and its values.

Cimatu also appealed to local communities and leaders to work in harness to ensure that all of resources, be it mining, energy or food are sustained.

“Let us keep the spirit of Earth Day every single day of our life, so that we will never lose our focus on the need to conserve and protect Mother Earth,” he stressed.

Celebrated every April 22, this year’s Earth Day theme, “Protect our Species” underscores the need to encourage communities in the global movement to avert the unprecedented environmental adversaries, especially the rapid reduction of plant and wildlife species.