(Note:  On February 2, 2017, Lipa Archbishop Ramon Arguelles led a group of Southern Tagalog residents, Metro Manila environmentalists and DENR personnel for a prayer rally in support of Environment Secretary Gina Lopez, with an appeal to President Duterte for her retention as DENR chief.  We are publishing the press release and the Open Letter for Pres. Duterte released by the Office of the Archbishop of Lipa.) 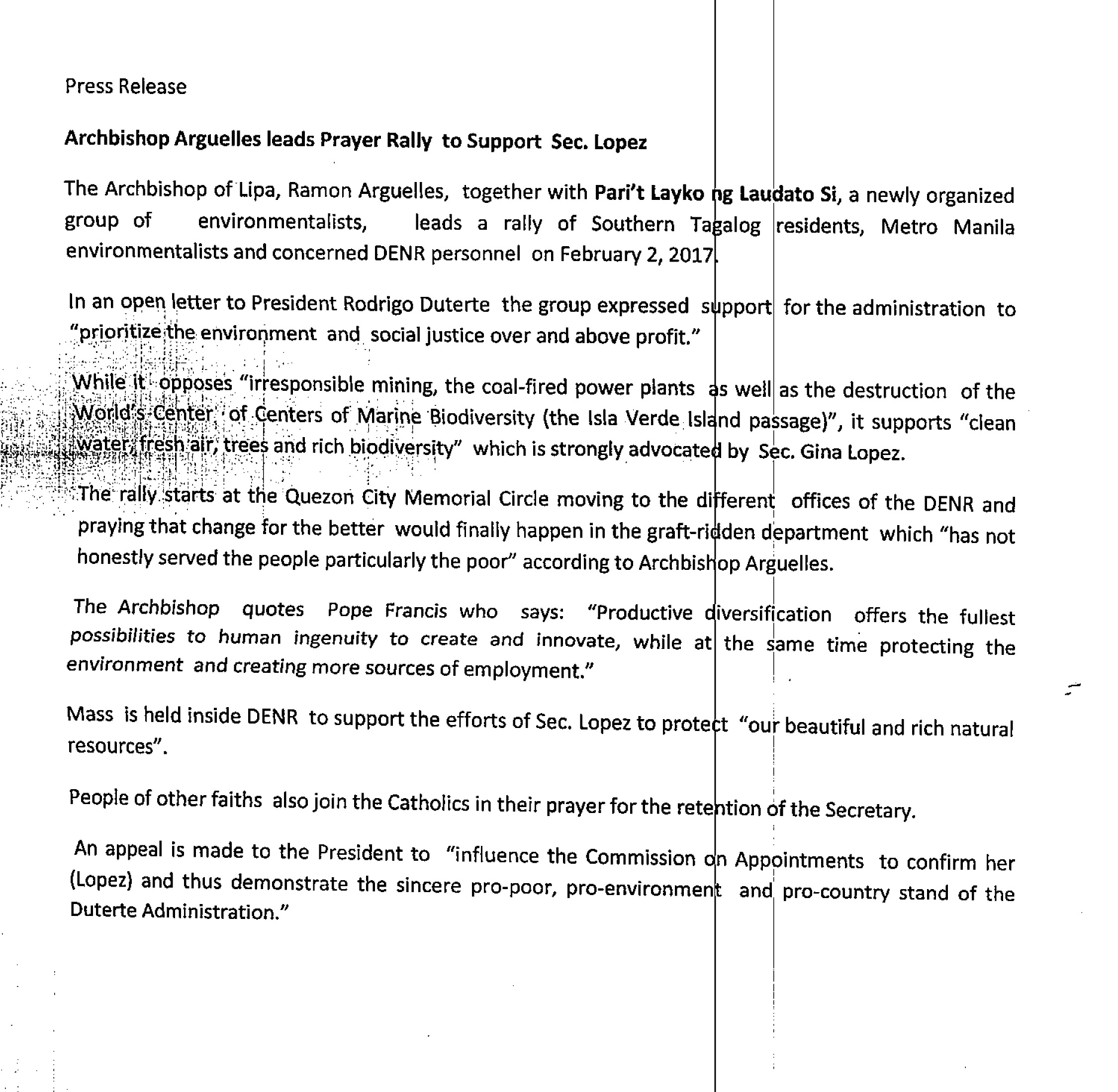 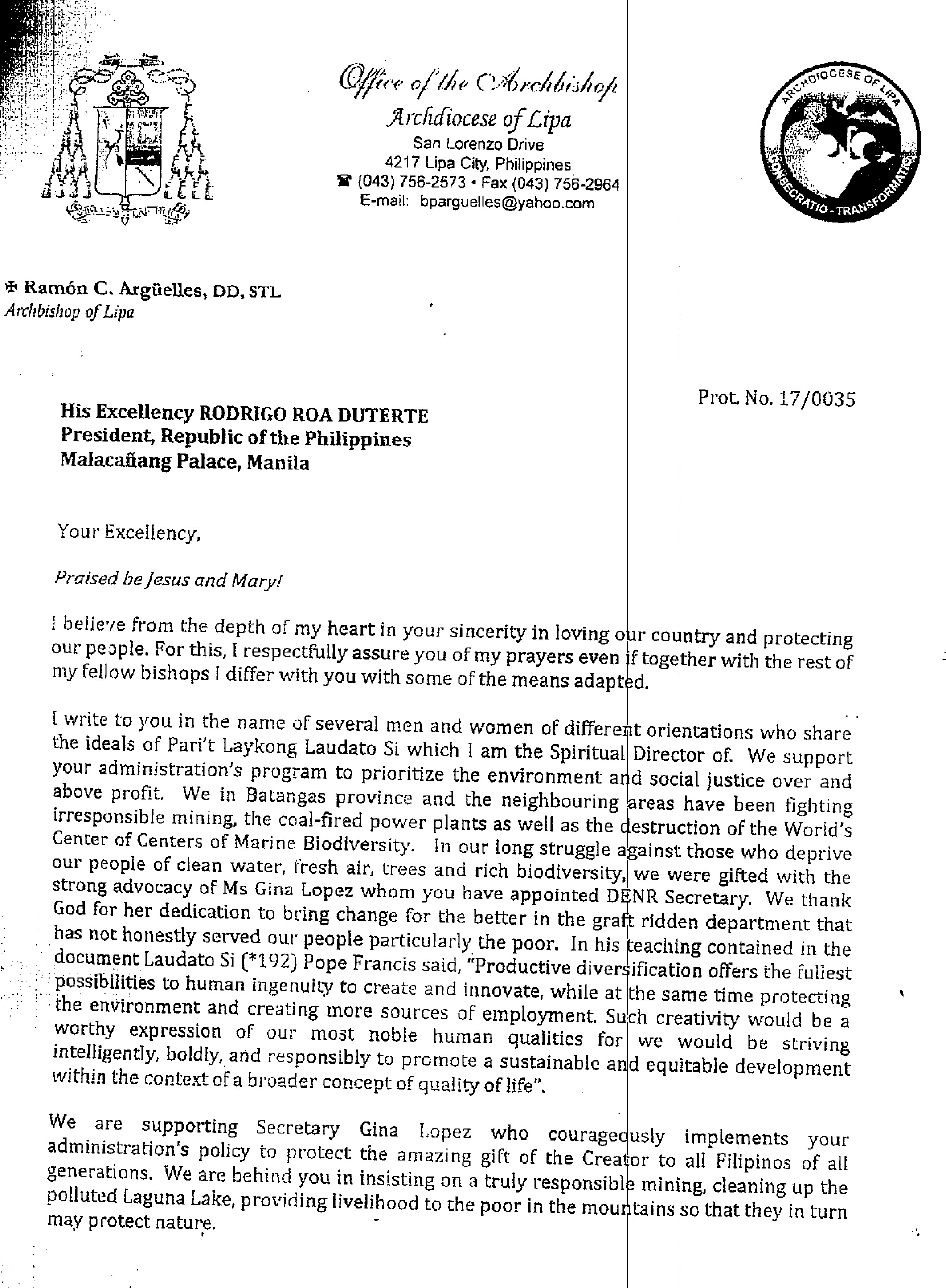 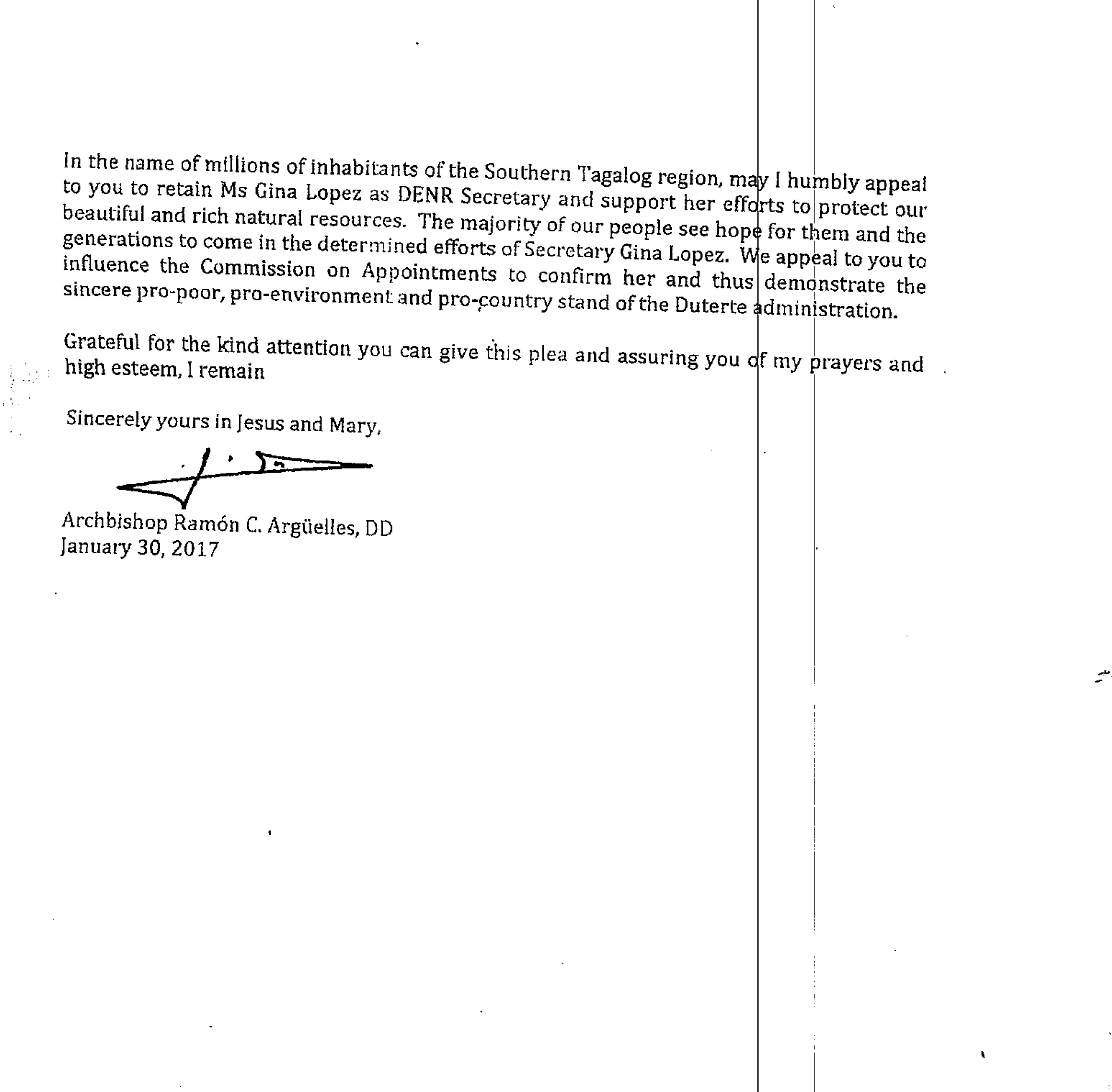