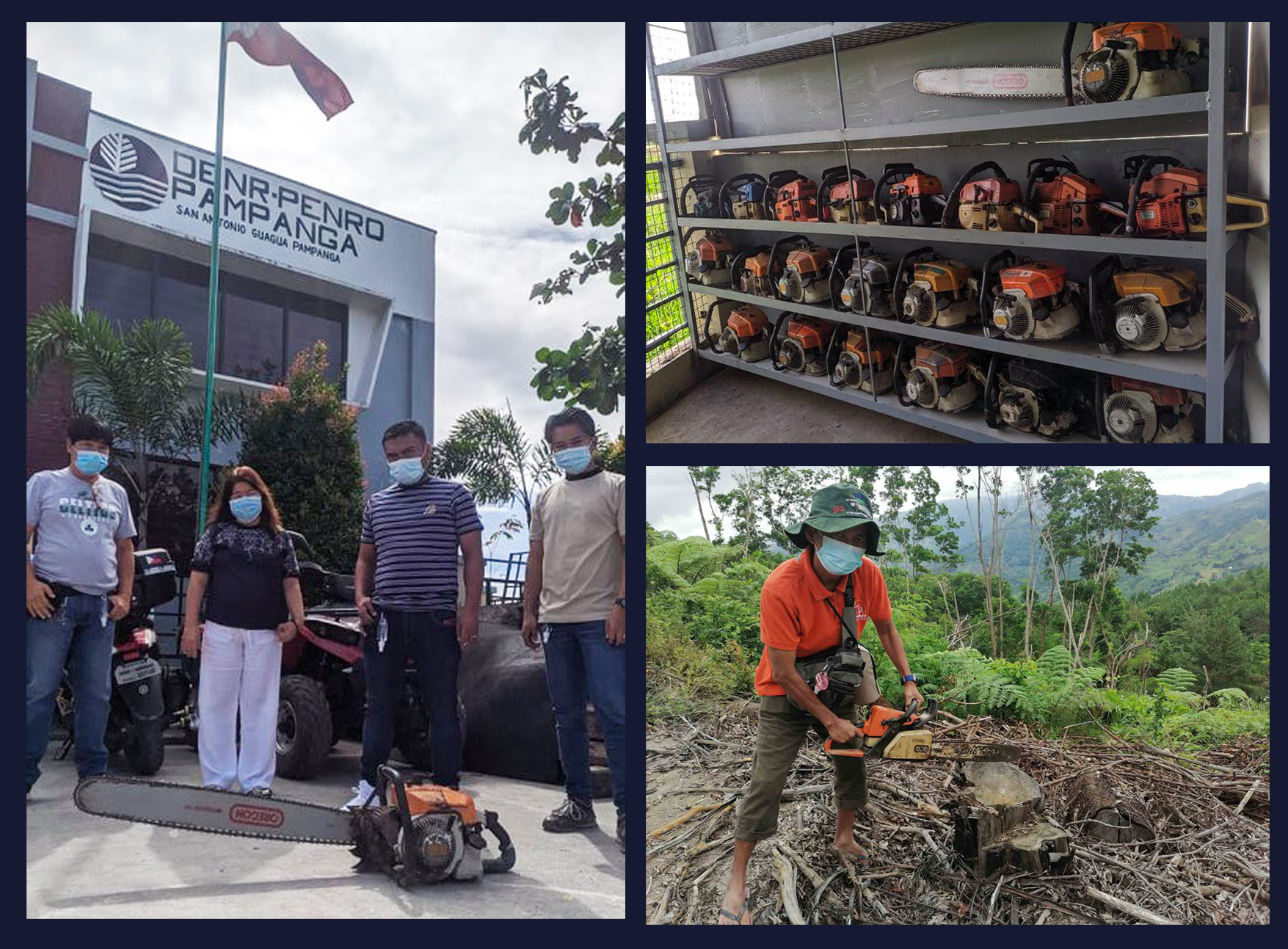 The Department of Environment and Natural Resources (DENR) has held consultations with the Department of Trade and Industry (DTI) for the regulation of the buying and selling of chainsaws through online platforms.

Secretary Roy A. Cimatu emphasized that buying and selling of chainsaws online is not permitted by the DENR under Republic Act (RA) 9175 or the Chainsaw Act of 2002.

"The public is advised to buy chainsaws only from DENR-authorized dealers and have them registered with the nearest DENR office. Those purchased from unauthorized sources like online platforms are deemed illegal and subject to confiscation even without a warrant," Cimatu warned.

Cimatu said the restrictions enforced by the government on the possession and use of chainsaws are similar to those imposed on the selling and ownership of guns as possession of unregistered chainsaws is a criminal offense and carries a penalty of imprisonment and fines.

The Chainsaw Act of 2002 requires the registration of chainsaws with the DENR, violation of which carries a penalty of six years in prison or a fine of P30,000.

DAO 2003-24 contains the implementing rules and regulations (IRR) of the Chainsaw Act, which prescribes who can sell, manufacture, and own chainsaws.

Under DAO 2003-24, only chainsaws bought from DENR-accredited distributors, importers, and sellers are allowed to be registered, and outright confiscation of illicit chainsaws and unregistered sawmills can be done "even without a warrant."

The DENR can issue permits to possess and/or use a chainsaw for the felling and/or cutting of trees, timber, and other forest or agro-forest products to any applicant who has a subsisting timber license agreement, production sharing agreement, or similar agreements, or a private land timber permit; is an orchard and fruit tree farmer; is an industrial tree farmer; is a licensed wood processor and the chainsaw shall be used for the cutting of timber that has been legally sold to the said applicant; or shall use the chainsaw for a legal purpose.

The DAO also prescribes the measures chainsaw owners and sellers should observe when renewing their two-year registration, including their reselling and even leasing or lending of their equipment.

As of 2020, DENR-FMB has confiscated 2,970 chainsaws and other implements, including 1,646 units of conveyances used to transport undocumented forest products.

In Metro Manila, the DENR-National Capital Region has so far confiscated 22 chainsaws—12 in Quezon City; seven in Caloocan; two in Malabon, and one in Parañaque. ###