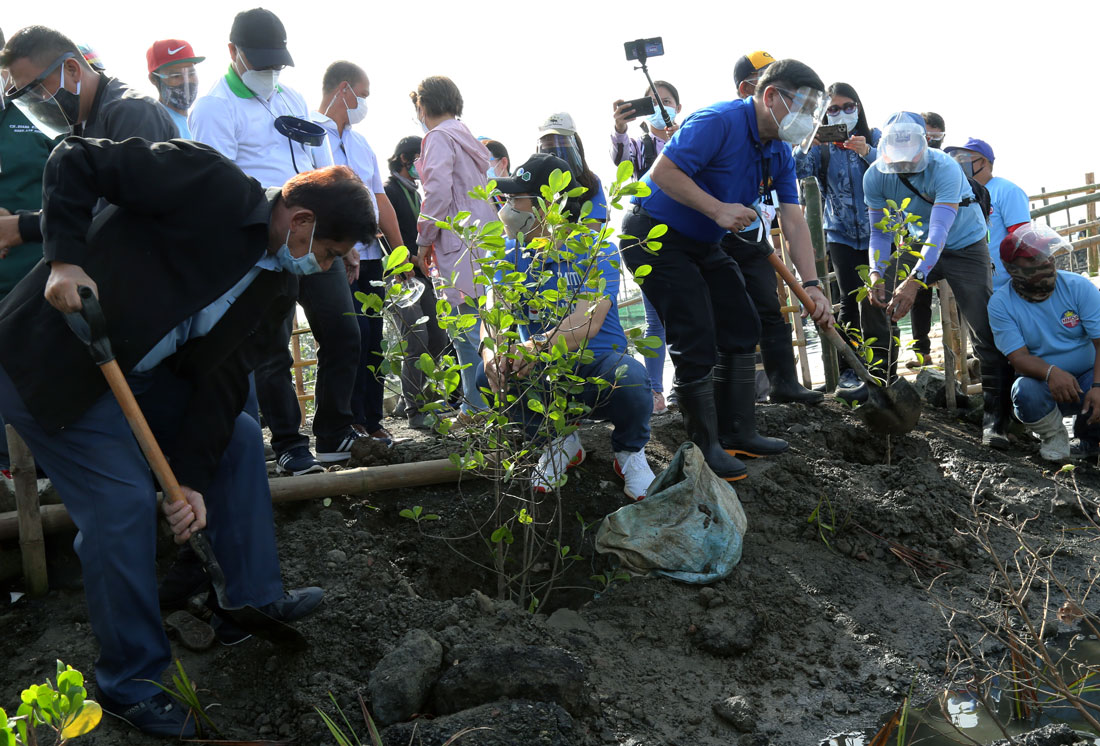 The Department of Environment and Natural Resources (DENR) on Tuesday (Dec. 22) spearheaded a mangrove planting activity at the BASECO lagoon in Tondo, Manila, as part of the continuing rehabilitation of Manila Bay.

Cimatu said the planting activity was “only the start of habitat restoration in this part of Manila Bay."

Massive mangrove planting activities will also be held along the shoreline of Las Piñas-Parañaque Critical Habitat and Ecotourism Area, and Parola, at the side of the Pasig River.

Metropolitan Manila Development Authority (MMDA) Chair Danilo Lim also joined the activity. The MMDA is a strong partner of the DENR in the cleanup of the BASECO lagoon and its surrounding area, and in tree planting.

The endangered mangrove species gapas-gapas from the Ecosystems Research and Development Bureau was among those planted. Other species were nipa, busain, and nilad.

"Because this area is most suitable for mangroves to thrive, we are not only assured of relatively high survival rate, we also encourage the return of several marine species to their natural spawning ground and thus restore the natural ecosystems of the bay,” Cimatu said.

The environment chief assured that the habitat restoration will be done in “an accelerated, more effective, and more efficient manner."

The estero rangers and bakawan warriors of DENR-National Capital Region will monitor the growth of the mangroves.

Mangroves improve water quality and protect the shoreline from siltation and storm surge. They serve as habitat and spawning ground for fish that results in increased fish catch.

The Baseco beach area is at the mouth of Pasig River, a major waterway that drains to Manila Bay. ###