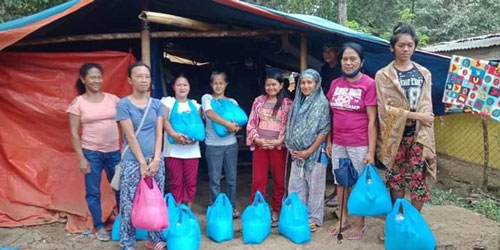 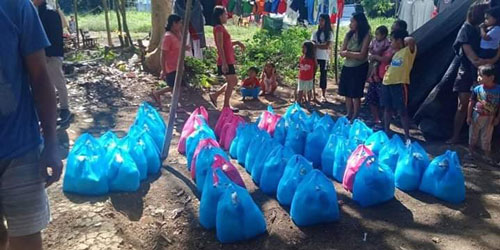 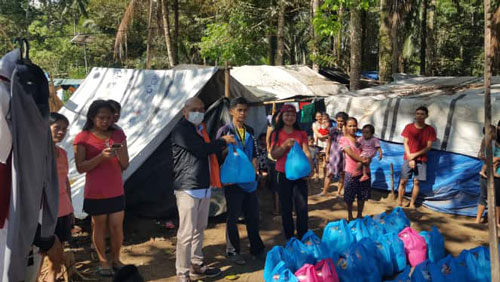 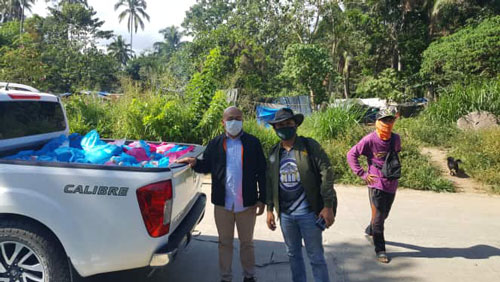 To help ensure that no one is left behind in the COVID-19 response, the Department of Environment and Natural Resources-Environmental Management Bureau (DENR-EMB) in Region 12 has spearheaded relief operations for tribal families affected by a series of earthquakes that struck Mindanao in October last year.

DENR-EMB 12 Regional Director Omar Saikol, together with 2014 Bagong Bayani awardee Arnel Corpuz and tribal leader Bienvenido Macalos, led the distribution of relief goods to 60 families belonging to the Bagobo and Tagabawa tribes at Barangay Batasan in Makilala town, Cotabato province last April 20. The tribal families have been staying in the evacuation center since their communities were affected by the earthquakes.

DENR Spokesperson and Undersecretary for Solid Waste Management and Local Government Units (LGUs) Concerns Benny D. Antiporda said he received feedback that the tribal families were extremely grateful for the generosity and concern shown to them by the agency and its partners.

“We have learned that it was the first time they received relief assistance since the enhanced community quarantine (ECQ) started in March, and they were extremely grateful,” Antiporda said.

“We have no idea what challenges the LGUs face in terms of providing assistance, but we at the DENR are trying to help in whatever way possible to augment the support of the national and local government to our kababayans affected by the ECQ,” he added.

Saikol, for his part, said they never felt any hesitation to help their fellow indigenous peoples because they understood their plight amid the ECQ and the inconvenience of living in the evacuation center.

“We provided them food to somehow ease their difficulty. We are willing to give more to them once the office gathers additional funds,” Saikol said.

In October 2019, a series of strong earthquakes with magnitude ranging from 6.1 to 6.5 jolted Cotabato province. Among the hardest hit were Kidapawan City and the municipalities of Tulunan and Makilala. #