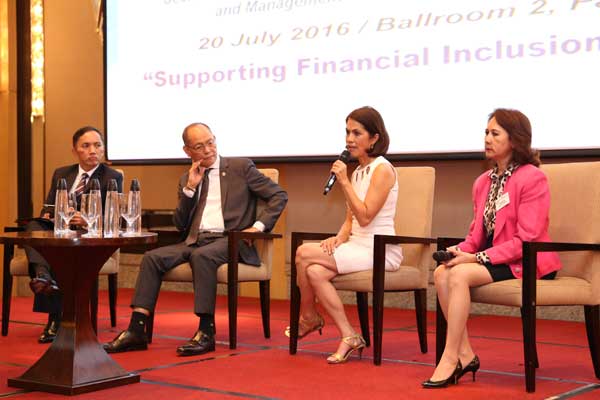 Department of Environment and Natural Resources (DENR) Secretary Gina Paz L. Lopez (with microphone) underscores the importance of convergence with other government agencies in the success of DENR’s environmental programs during the open forum of the Financial Executives Institute of the Philippines (FINEX) members’ meeting held Wednesday (July 21) at the Fairmont Hotel in Makati City. Joining Sec. Lopez to speak on President Duterte’s priorities is Department of Budget and Management Secretary Benjamin Diokno (2nd from left). The forum was moderated by FINEX officials Eduardo Francisco (left) and Grace Tiongco (right). ### 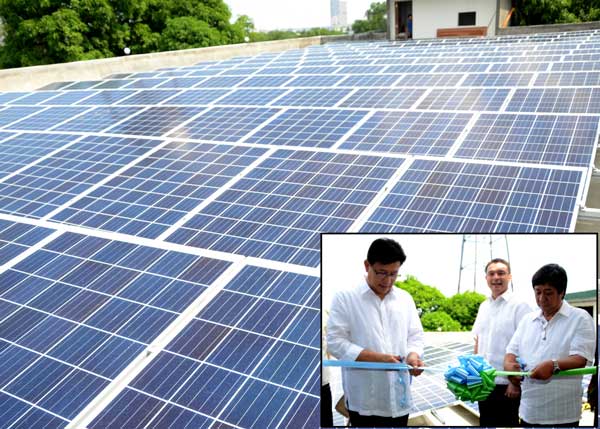 The Environmental Management Bureau, a line agency under the Department of Environment and Natural Resources (DENR) has launched its first “solar project” on Wednesday (June 29, 2016) with former DENR Secretary Ramon J. P. Paje (inset, left) gracing the occasion along with Philippine National Oil Corp. Vice President Pedro Lite, Jr. and DENR Assistant Secretary Atty. Juan Miguel Cuna.  The solar panels, installed at the EMB Environmental Research and Laboratory Services Division building in partnership with PNOC, is expected to generate approximately 140,000 kWh of electricity per year or a savings of around P1.4 million per annum. ### 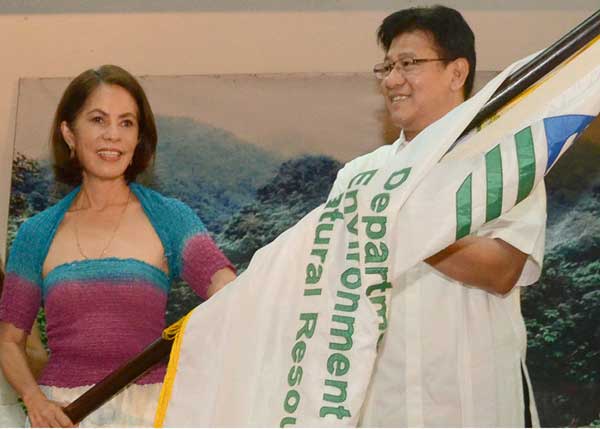 Outgoing Department of Environment and Natural Resources (DENR) Secretary Ramon J.P. Paje (right) hands over the DENR flag symbolizing the formal turnover of leadership to incoming Secretary Regina Paz L. Lopez (left) in simple ceremonies held on Friday at the DENR Social Hall in Quezon City.  Paje called on all employees to give Lopez twice the support they gave him during his six-year term in the Department. On the other hand, Lopez, a staunch environmentalist, said that decisions under her helm will be marked by integrity, public service and consideration for the common good. ### 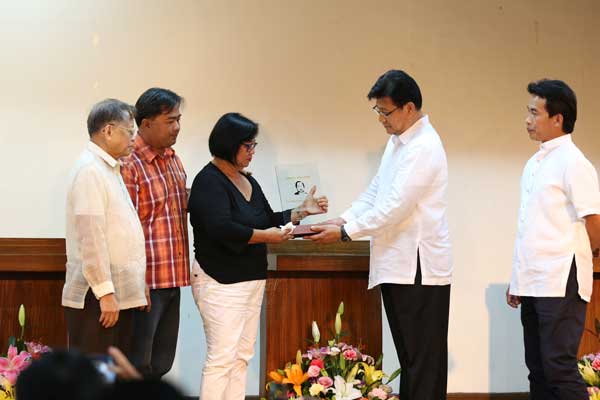 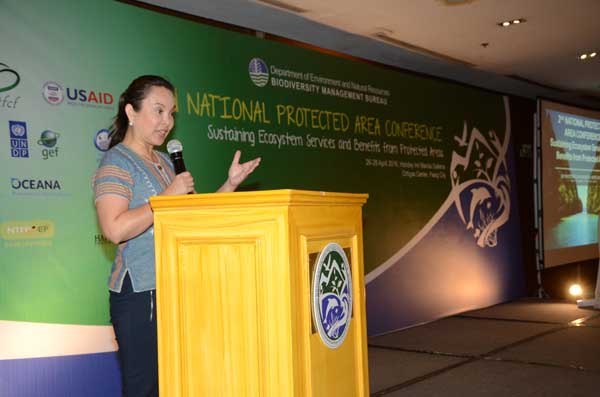 Senator Loren Legarda, chair of Senate Committee on Finance and Climate Change, commits "full moral, environmental and financial support" to all stakeholders for the enactment of the expanded NIPAS or National Integrated Protected Area System, encouraging stakeholders to work harder to increase the number of protected areas and rehabilitate the degraded ones through multi-stakeholder partnerships. Legarda made the commitment in her keynote speech during the 2nd National Protected Area Conference held 26 April 2016 in Mandaluyong City. ###