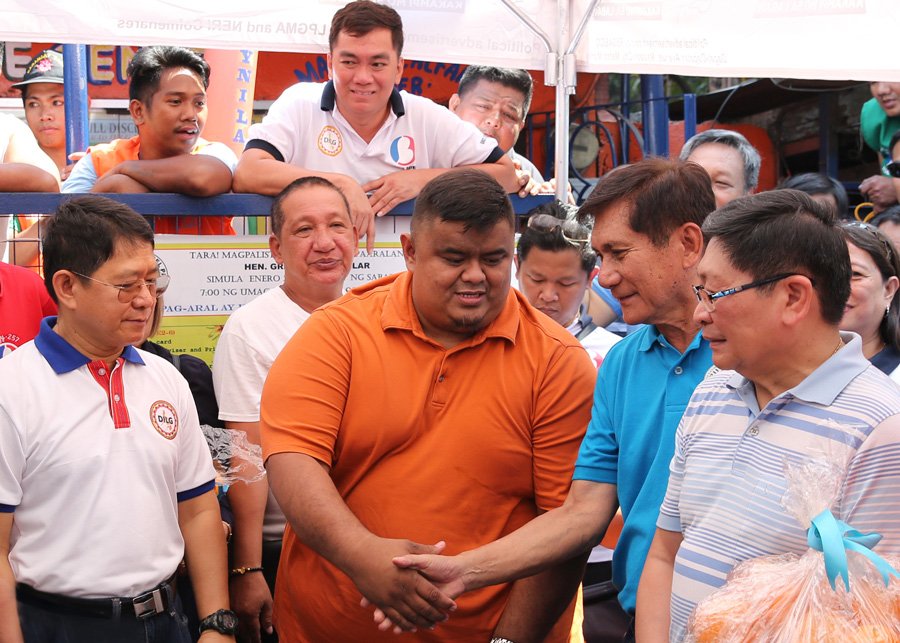 Barangay captain Samuel Felix of Brgy. 266 in Tondo, Manila gets words of encouragement from no less than the three generals spearheading the Manila Bay rehabilitation, namely: DENR Secretary Roy A. Cimatu (in blue shirt), DILG Secretary Eduardo Año (left) and MMDA Chairman Danilo Lim (right) during the Manila leg of the simultaneous cleanup of rivers and esteros on March 31, 2019. Felix was accidentally hit by a backhoe during a recent dredging activity at the Estero de Magdalena. He vowed to help maintain cleanliness in the estero by conducting regular cleanup activities and promoting waste management among his constituents. ###