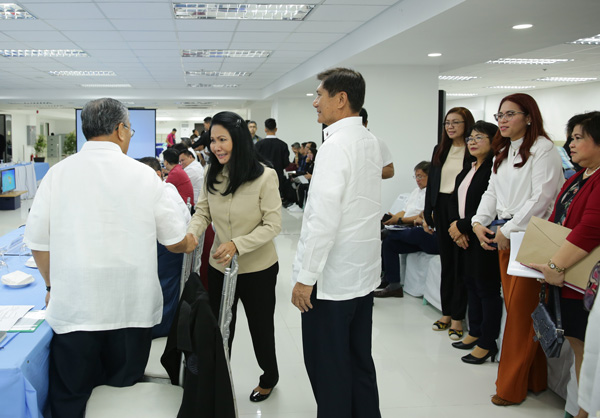 Former Environment Secretary Elisea Gozun is welcomed by DENR officials led by DENR Secretary Roy A. Cimatu (to Gozun’s left) and DENR Undersecretary and Chief of Staff Rodolfo Garcia to the Stakeholders’ Meeting for the Manila Bay Rehabilitation Program held Friday, Jan. 11, 2019, at the DENR office in Quezon City. Around 200 representatives from the 13 mandamus agencies, including local government units, were on hand to express support to the planned rehabilitation of the historical bay, which President Duterte ordered cleaned up by the government to be led by Secretary Cimatu. ###