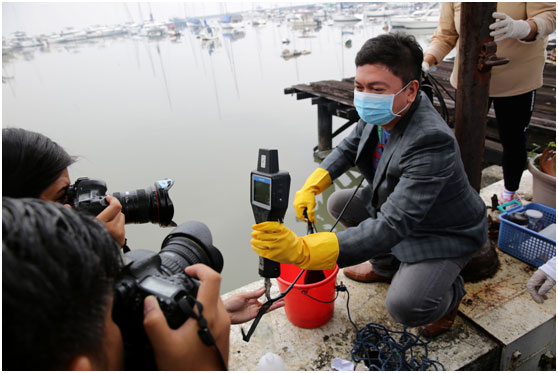 Assistant Secretary Daniel Darius Nicer of the Department of Environment and Natural Resources (DENR) shows members of the media a reading from water sample taken from the mouth of the Estero San Antonio de Abad, which drains directly into the Manila Bay near the Manila Yacht Club along Roxas Boulevard in Manila. The estero has been identified as one of the tributaries of the bay within Metro Manila with the highest concentration of coliform. The DENR has vowed to reduce the coliform level in the bay to make it fit once more for swimming, as mandated by the Supreme Court in 2008. ###