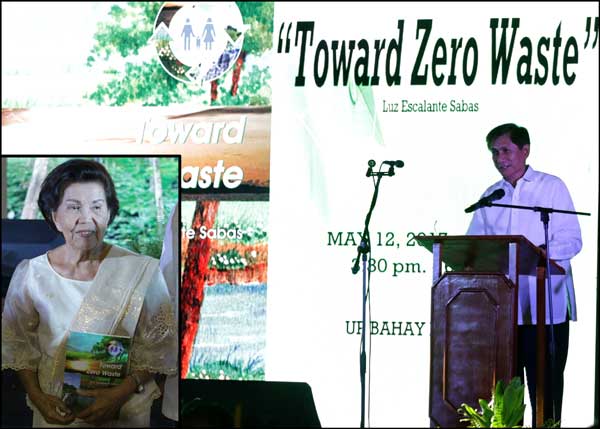 Environment Secretary Roy A. Cimatu (right) pays tribute to Ms. Luz Escalante-Sabas (inset) during the launching of her book  “Toward Zero Waste” held Friday, May 12, 2017, at the Bahay ng Alumni of the University of the Philippines in Quezon City.  Cimatu cited Sabas, whose advocacy work on solid waste management which she started in the 70’s, paved the way for the passage of Republic Act No. 9003, otherwise known as the Ecological Solid Waste Management Act of 2000.  Sabas is also a co-founder of the Zero Waste Recycling Movement of the Philippines which provides training to civic groups and local government units across the country on zero waste management. ###