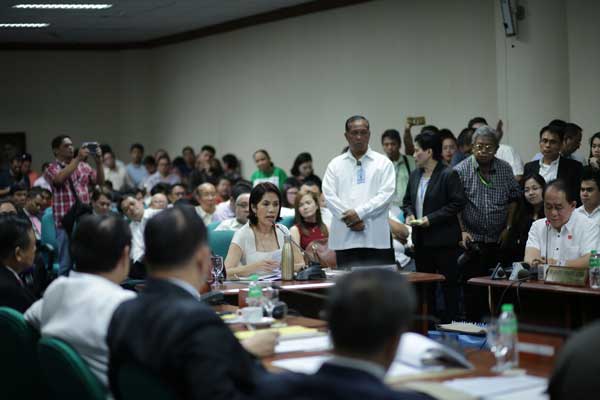 Environment Secretary Gina Lopez (seated, center) responds to Mr. Manuel Galvez (seated, right) of the United Filipino Consumers and Commuters during the first day of her CA confirmation hearing held Wednesday, March 8, at the Senate.  Galvez opposed Lopez’s confirmation as DENR secretary alleging that the air quality monitoring stations purchased by the DENR were “not calibrated and are not giving correct data”.  Lopez said equipment were purchased before her time but nonetheless recognizes the problems that were stated by Galvez, stressing that the DENR “has already investigated the matter and taken steps.” ###