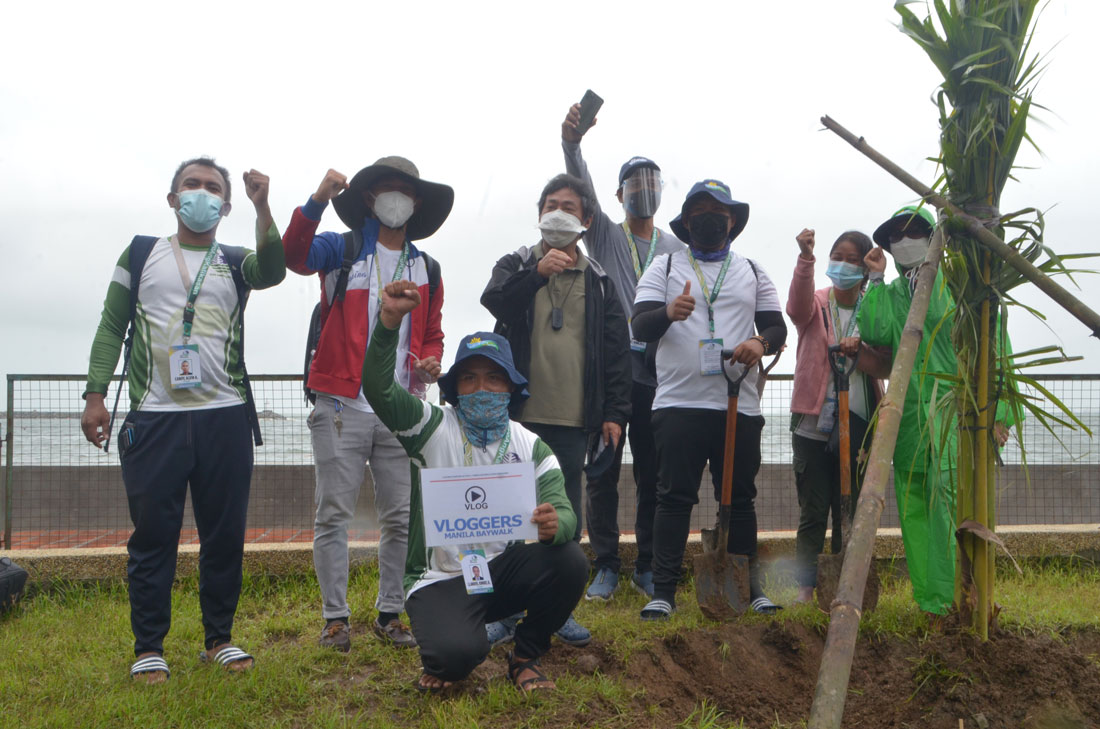 Department of Environment and Natural Resources (DENR) Manila Bay Coordinating Office Deputy Executive Director Jacob Meimban, Jr. (3rd from left, standing) is joined by the environmental vloggers during the launch of Phase 2 of the Coconut Planting along the Manila Baywalk on July 29. Fifteen (15) coconut palms were planted by the vloggers and other DENR partners as part of their contribution to the efforts of bringing back the "tropical feel" of Manila Bay in line with its ongoing rehabilitation. Among those who also joined the coconut planting were representatives from Manila Water Company Inc., Maynilad Water Services Inc., Penta Medical Group and Philippine National Police-Maritime Group. On June 16, DENR Secretary Roy A. Cimatu led the ceremonial planting of 10 coconut palms in the area for the first phase of the activity. ###