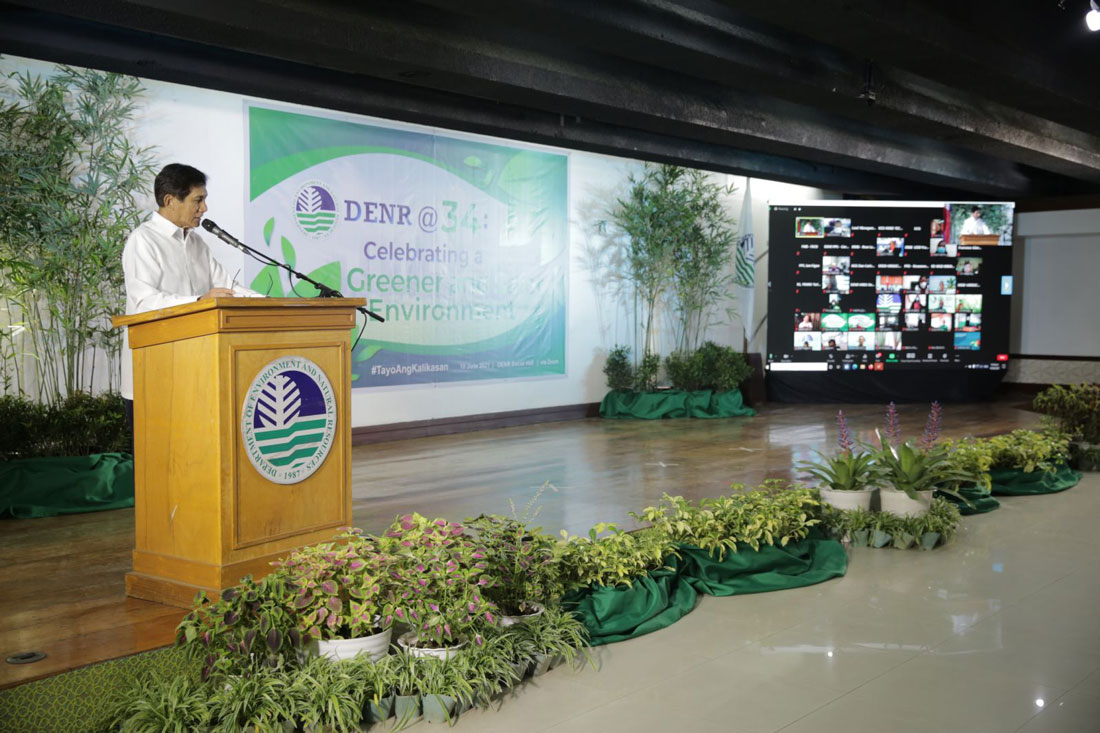 On the occasion of the 34th founding anniversary of the Department of Environment and Natural Resources (DENR) on June 10, Secretary Roy A. Cimatu acknowledges the hard work and thanks every member of the entire DENR family, from the Central Office down to the community ENR offices, for their accomplishments in the past year. The environment chief, who is also celebrating four years in the Department, posed a challenge to the employees to go to the grassroots and involve more people and communities in DENR programs and projects. More than 1,500 officials and employees nationwide (on panel screen) joined the blended-type event which Cimatu described as the largest celebration of the agency’s anniversary since he assumed office in 2017. The DENR was created through Executive Order 192 series of 1987 under the administration of the late former President Corazon C. Aquino. ###