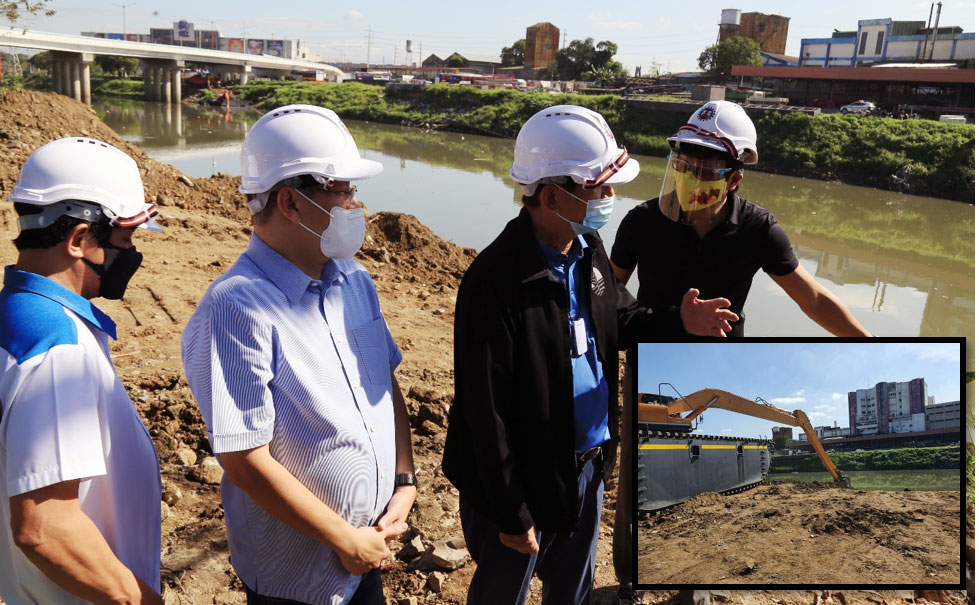 T. Department of Environment and Natural Resources (DENR) Secretary and Task Force Build Back Better (TF BBB) Chair Roy A. Cimatu (2nd from right) inspects a portion of the Marikina River near the Olandes Sewage Treatment Plant during the launch of the Marikina River Rehabilitation on Feb. 17. Dredging (inset) and bamboo planting were undertaken to start the river restoration which aims to widen the Marikina River to its original width and combat flooding in the city. Also present during the launch were (left to right): Department of Public Works and Highways Undersecretary Roberto Bernardo, Marikina City Mayor Marcelino Teodoro, and Metro Manila Development Authority Chair Benhur Abalos, Jr. ###