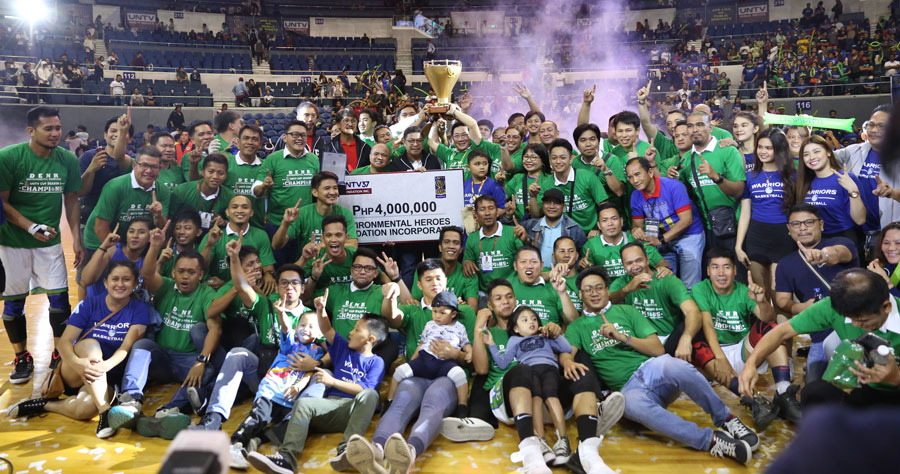 The basketball team of the Department of Environment and Natural Resources, DENR Warriors, celebrates in high spirits after defeating the Armed Forces of the Philippines Cavaliers and claiming the top spot in the recently concluded charity basketball league, UNTV Cup, held on March 9, 2020 at the Araneta Center in Quezon City. A total of P4 million pesos will go to the Environmental Heroes Foundation Incorporated, the chosen foundation of the DENR Warriors. The Warriors’ victory made history in the UNTV Cup as the first rookie team to win the league. #