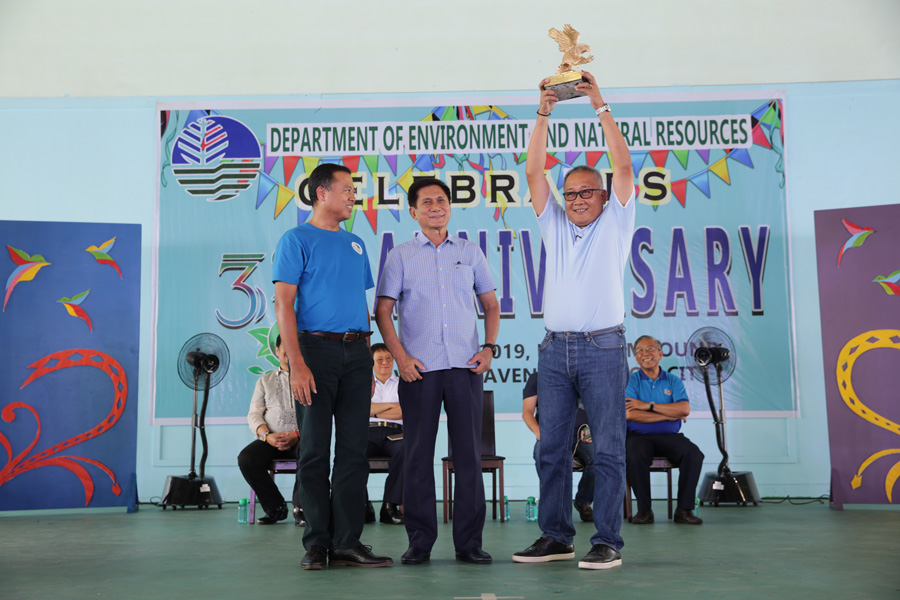 Jose Elmer Bascos (right) of the DENR’s Provincial Environment and Natural Resources Office (PENRO) in Batangas holds aloft his trophy as he is named recipient of an EAGLE Award for Supervising PENRO. Bascos, who is a forester, was recognized for his leadership and contributions toward successful implementation of DENR programs and activities in the province of Batangas, punctuated with mobilization of various sectors through partnerships. The EAGLE, or Environmental Awards for Governance and Leadership Excellence, was conferred by Secretary Roy A. Cimatu (center) to excelling field officials during the DENR’s 32nd anniversary celebration on June 14. Cimatuwas assisted by Undersecretary Jonas Leones (left). ###